Joel’s Garden, 2/24/13
I hadn’t been to visit Joel and his garden for a couple of weeks and I got to wondering what all was going on.  I have now been around Joel enough to know that he will spend some morning time in his garden if it is at all possible. His dedication is amazing.
I knew I would miss him because I had to go to Atlanta that morning and he works in the clinic most afternoons, but I went on and took the liberty of walking through the garden by myself.  I’m a good snooper.
The first thing I saw was a number of seed rows.  Joel has his method for planting seeds.  He prepares a row and carefully sprinkles the seeds in a row. Then he mixes mushroom compost and peat moss together. He spreads the peat and compost mix over the seeds and waters them in.  It looks like a good method. Actually, it works so it is a good method. 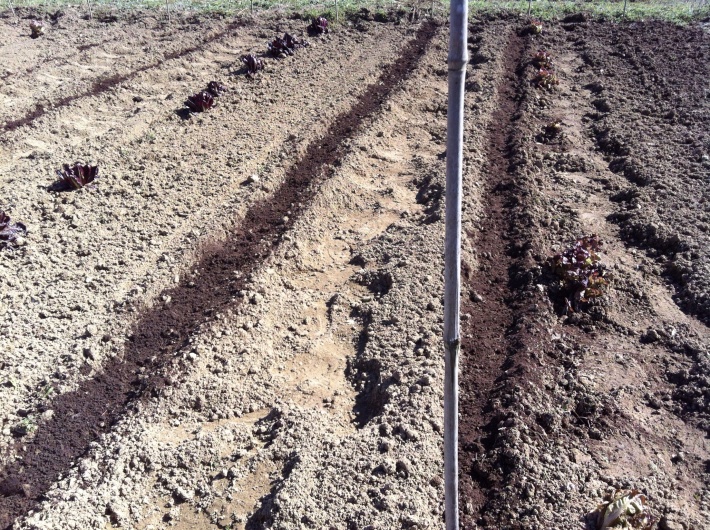 And I saw rows and rows of onions.  I know the plants are difficult to see in the picture, but I will take more photos as time goes by. 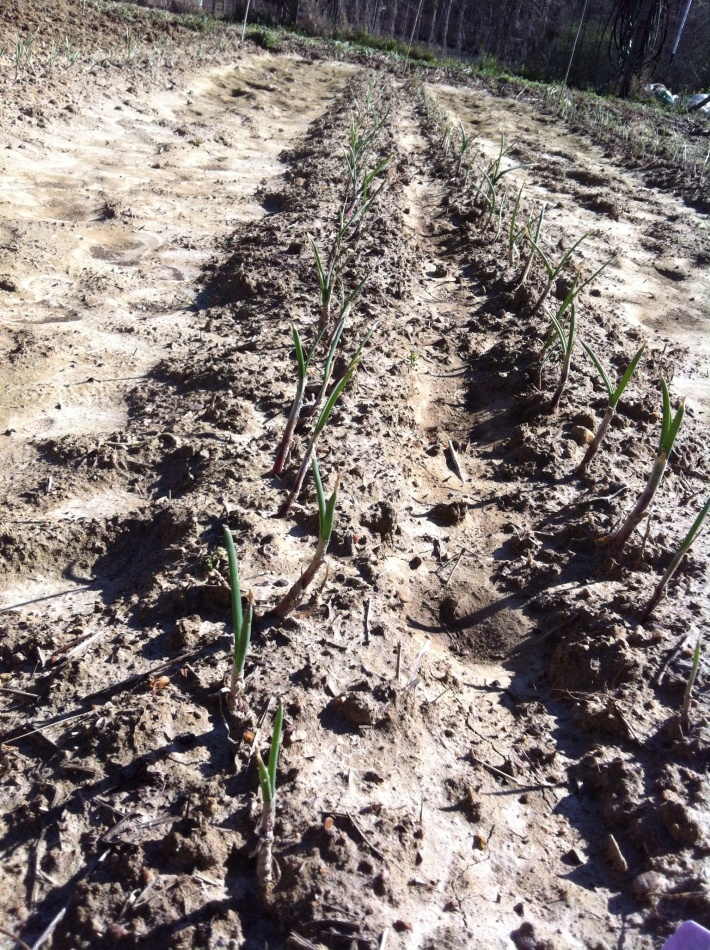 I sent Joel an email telling him I had been there and asking him for a bit of information on his week’s labors. He wrote the following”
” I planted 4 new rows, only one spinach. The others were 2 of lettuce and one carrot. I had more room and planned 4 or 5 more rows, but I ran out of steam. Last week I did a long row of snow peas. In the past I have not had much luck with them. I think it gets too warm too quickly here.
Just for your records, and to be accurate, the varieties of onions are as follows: Texas Legend, 1015 Texas Supersweet, Southern Belle Red, Yellow Granex, White Bermuda Crystal Wax, Candy, Red Candy Apple and Cippolini. And yes, that is way too many for us, but we enjoy the variety, and sharing with friends. There is also a row of Leeks. “
I liked my way of finding out what kinds of onion sets were planted. I had walked over by the wood pile and stumbled upon the shipping box for the onion sets.  It came from somewhere in Texas.  If you want to know exactly where they came from, leave a comment and I’ll find out. 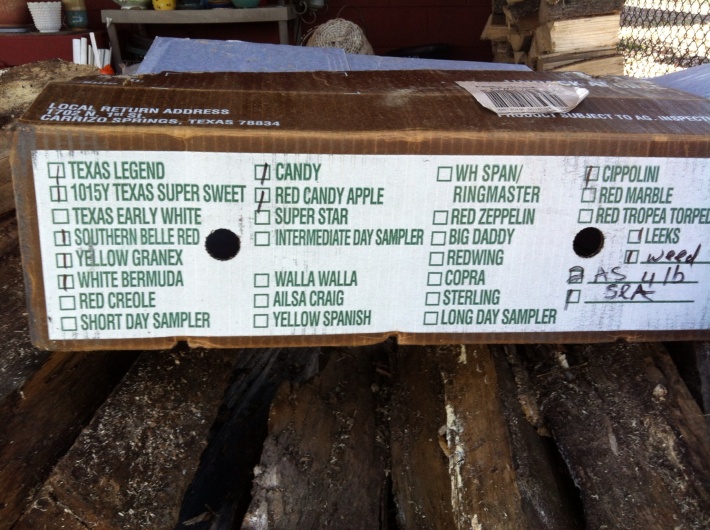 I am enjoying exploring the mysteries of an early spring garden. It adds dimension. Stay in touch.

As usual, I would just love for you click here to go to Amazon and purchase the ebook edition of my wonderful book, Requiem for a Redneck to go on your Kindle. I have also noticed that Amazon now has a free Kindle app for iphones and tablets. Is that cool or what?